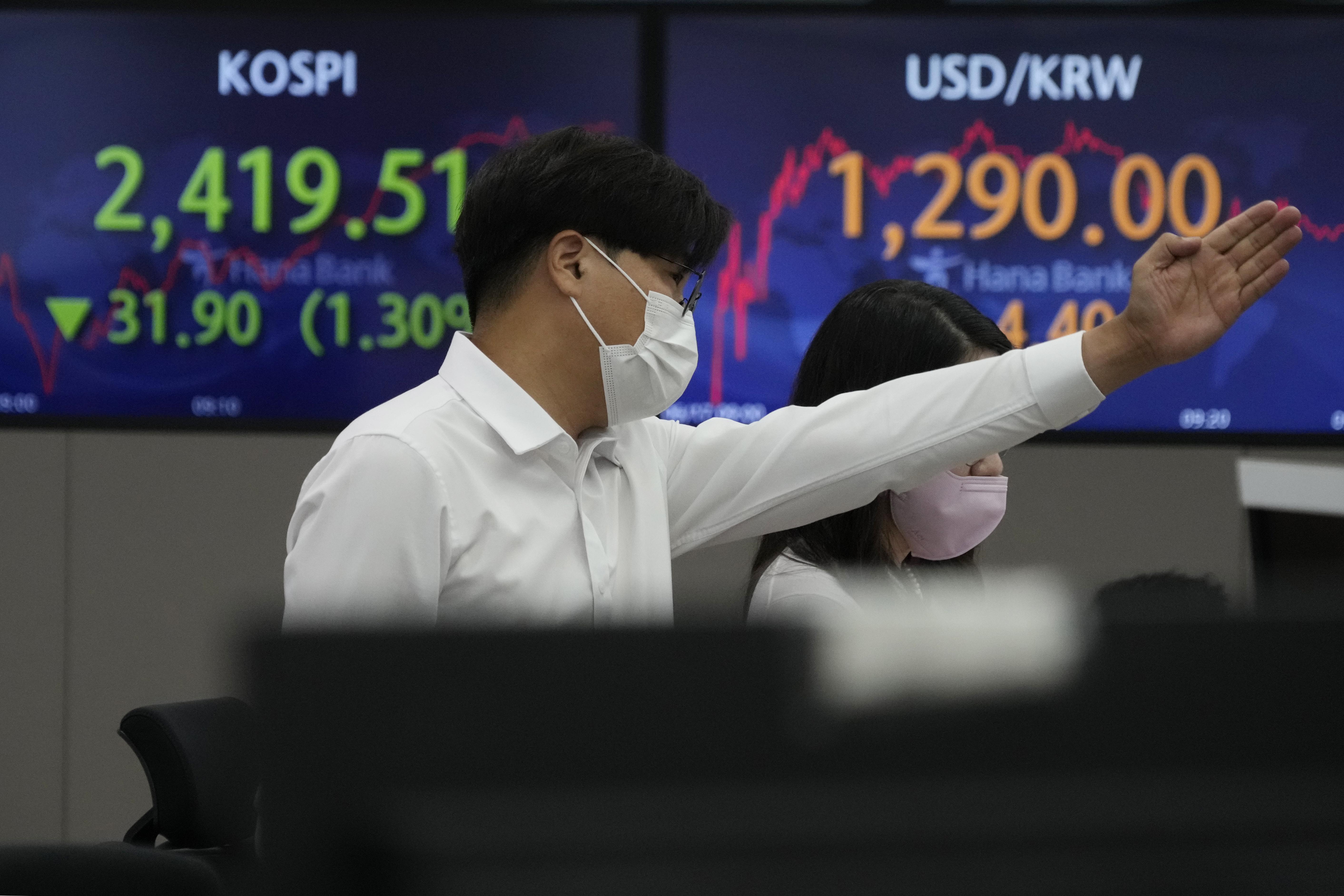 NEW YORK (AP) — Stocks opened cautiously higher on Wall Street on Friday at the end of a brutal week. Stocks have suffered several massive declines this week as markets get used to the bitter medicine of higher interest rates that the Federal Reserve and other central banks are using in their fight against inflation. Higher rates fight inflation, but they also slow the economy and can lower stock and bond prices. The S&P 500 rose 0.8% at the start, but is still down more than 5% for the week. The Dow Jones rose 0.6% while gains from technology companies pushed the Nasdaq up 1.4%.

THIS IS A BREAKING NEWS UPDATE. AP’s previous story follows below.

BEIJING (AP) — Global stocks and Wall Street futures rebounded on Friday after falling the day before on concerns that economic activity could be depressed by interest rate hikes to calm inflation.

Investors fear that measures to control inflation, which is at four-decade highs, could tip the United States and other major economies into recession.

“Pain is inflicted almost everywhere, and sharing does nothing to improve it,” Mizuho Bank’s Tan Boon Heng said in a report.

The Nikkei 225 in Tokyo fell 1.8% to 25,963.00 after Japan’s central bank ended a two-day meeting with no change to its benchmark rate of minus 0.1%. The Bank of Japan avoided joining in the rate hike, which caused the yen to slide back to its lowest level in two decades against the dollar.

Along with the rate hike, some of the trillions of dollars in bonds bought by the Fed to pump money into the US financial system during the pandemic are being allowed off its balance sheet. This should put upward pressure on market interest rates.

Fewer American workers applied for unemployment benefits last week than a week earlier. But other signs of trouble have emerged.

President Joe Biden told The Associated Press on Thursday that he sees reason for optimism.

A recession is “not inevitable,” Biden said.